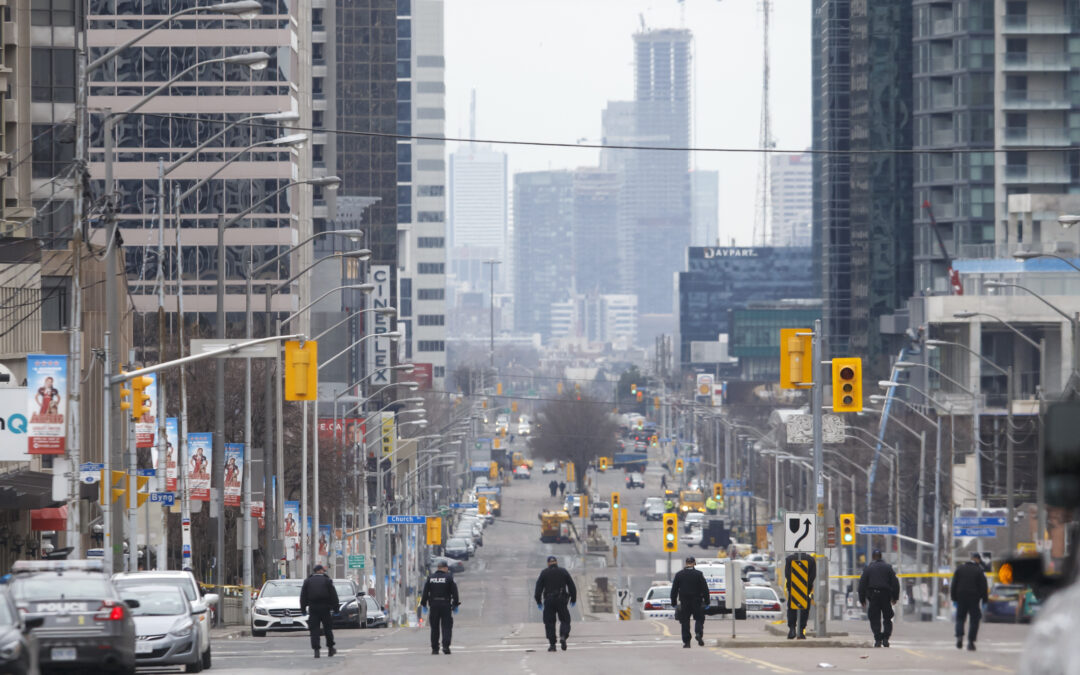 Yesterday I was asked by an interviewer how radicalization takes place, and I spoke about hate being the trigger to dehumanize others and then promote violence. In our work to expose the dangers of a radical jihadist ideology, we have learned that hate is the most potent tool used to radicalize people. The interviewer then asked me where and how hate is spread. Well, we have a case that pinpoints exactly how hate is not only spread but promoted.

On October 6th and 7th, a conference is taking place in Toronto called “Carry the Light.” This convention is hosted by Islamic Circle of North America (ICNA) Canada.

On the ICNA website they write, “The purpose of this convention is to provide avenues for Muslim Community in Canada for personal excellence in faith, worship and morality. It is also a platform to share the basis for moral, social and economic development of Canada with Canadian society at large.”

Noble thoughts for sure. But if you look at the list of speakers that have been invited to this conference, their background and history do not support “personal excellence or morality” unless of course there is a new definition for these terms. They have a history of making homophobic, anti-Semitic and misogynist remarks.

Linda Sarsour: an American political activist and former executive director of the Arab American Association of New York.  In a recent conference hosted by ISNA (Islamic Society of North America), Sarsour said that American Muslims should not humanize Israelis. Sarsour warned against normalization or friendly relations with Israelis. “If you’re on the side of the oppressor, or you’re defending the oppressor, or you’re actually trying to humanize the oppressor, then that’s a problem sisters and brothers, and we got to be able to say: that is not the position of the Muslim American community.” Previously Sarsour said of Ayaan Hirsi Ali and Brigitte Gabriel “ I wish I could take their vaginas away – they don’t deserve to be women.”

ICNA goal:  extend our hands to help all human kind without any bias!

Imam Siraj Wahhaj:  African-American imam of Al-Taqwa Mosque in Brooklyn, New York and the leader of The Muslim Alliance in North America (MANA). He was also the former vice-president of the Islamic Society of North America. Wahhaj was identified by U.S. prosecutors as an unindicted co-conspirator in the 1993 World Trade Center bombing, was a character witness in the trial of Omar Abdel-Rahman, who is linked to the attack, describing him as a “respected scholar” and “strong preacher of Islam.” Wahhaj has also denounced “lesbianism and homosexuality” and condemned North American laws for not forbidding “fornication and adultery.”  His son and four other adult relatives were charged of abusing children at a compound in New Mexico, in which his grandson died.

ICNA says it is also a platform to share the basis for moral, social and economic development of Canada with Canadian society at large!

Lord Nazir Ahmed of Rotherham was a member of the House of Lords, and was appointed by Prime Minister Tony Blair in 1998. He was suspended on allegations that he blamed a Jewish conspiracy for his imprisonment for dangerous driving. According to the Times, Lord Ahmed blamed his prison sentence – for sending text messages shortly before his car was involved in a fatal crash – on pressure placed on the courts by Jews “who own newspapers and TV channels.” According to The Telegraph he is also quoted as saying, “If the US can announce a reward of $10 million for the (capture) of Hafiz Saeed, I can announce a bounty of £10 million (for the capture of) President Obama and his predecessor, George Bush.” (By the way, Rotherham made news when a host of white girls were groomed and raped by those holding the same heritage as Lord Nazir)

Two other speakers, Boonaa Mohammed and Ustadh Abdel Rahman, Murphy have been noted to make anti-semitic  remarks. Boonaa wrote on his fb page, “Israel is killing innocent Muslims in Ramadan…” and “the entire world can now see the evil Zionist control over media and foreign affairs.”

ICNA claims on their website that this convention is aimed at inspiring Muslims to implement the true spirit of Islam in their lives and invite others towards the universal message of Islam. As an observant Muslim I can assure you that promoting hate and anti-Semitism is definitely NOT the true spirit of Islam and there is no place for such hate mongering in Canada. Besides could ICNA not find Canadian peace-loving speakers instead of importing hate filled messengers?