My grief for the victims of the New Zealand mosque attack 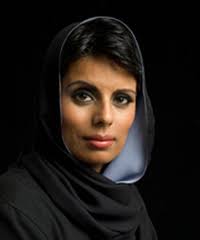 ‘We belong to Allah and to Allah we shall return’. Muslims around the world, including me, are now reciting the verse from the Quran that Muslims say on hearing of the death of a fellow believer. Taking in news of the murder of 49 worshippers at a mosque in sleepy, safe New Zealand at the hands of a white supremacist, this verse came to my lips again and again.

I felt the same grief when I watched the attacks on 9/11 unfolding. In the days afterwards, I also struggled with the reaction of others in Riyadh, where I was living at the time, and their shameful sense of schadenfreude. This was hard to deal with as I struggled to comprehend the attacks on New York, a city I love and call home. Four years later on a steamy July day in London, providence stopped me from boarding the tube to get to work at Newham General Hospital in east London.

This spectre of being targeted by terrorists haunts us all. The deeper fear that we Muslims feel – but rarely articulate – is that an attack might have been carried out by a fellow Muslim. So learning of a mass shooting targeting Muslims praying in a a secular pluralist democracy is a staggering shock. The loss of life is appalling; this is an evil assault against the Muslim community of Christchurch. It is also an attack on New Zealand, the ramifications of which will reverberate globally.

The gunman, who live streamed the massacre online, may inspire other extremists who will be primed to engage in copycat attacks. Mosques around the world will now be on alert. For ordinary Muslims enjoying religious freedoms to worship and preach – often denied them in their own Muslim majority countries, particularly for minority Muslims – a new fear will sink in. But I fear that the true exploitation of this devastating event will be by Islamists.

Above all, Islamists seek the division and separation of the Muslim community from wider society. They wish to drive a wedge between the Muslim and secular community. Islamists seek to portray a narrative of the besieged Muslim. And the extremist perpetrating the Christchurch massacre gave them a boost to their argument today. We must not allow them to exploit this attack; instead, we must condemn what happened but also remember that Muslims are free and empowered in Western societies.

Some will cry that this attack was a lethal act of Islamophobia. Do not accept this claim. What happened in Christchurch was an act of diabolical anti-Muslim xenophobia. It was not Islamophobia, a word designed to deter scrutiny of extremist ideology. This is a hard thing to say at this time of crisis but it is crucial to keep this clearly in mind. Dozens of my fellow Muslims have been slain by a rampant, extremist terrorist. And yet there will be plenty who will seek to exploit this slaughter to further the own agendas. Many who will say that the acts of this isolated madman is somehow proof of general Muslim persecution. But in reacting to the events in Christchurch, we must see clearly the messages of solidarity that have come in nationally and around the world.

The responses of New Zealanders – offering first aid, turning around  cars to help the wounded, treating innocent Muslims bleeding to death – speaks volumes about this great country. To Muslims living there, I say this: ‘Inna lillahi wa inna ilayhi raji’un’. ‘We belong to Allah and to Allah we shall return’. And to the extremists waiting to exploit this evil attack, I despise you for it. God Bless New Zealand.